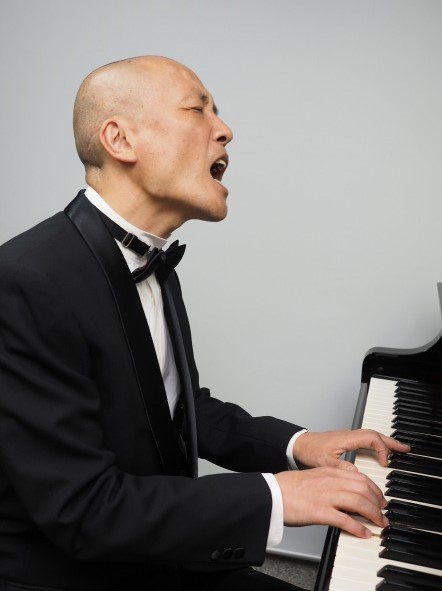 I was born in Tokyo in 1961, and I grew up in Tokyo.
I had listened to the late-night broadcasting radio and LP records at junior high school era.
It affects me very much, and in high school era I had begun the rock-band as a bassist.
After graduation I had studied the Bass under Mr.Suzuki Jun, and I had played at the Night-Club, U.S. military Base and like this during over 10 years.
Then I had studied the composing method of the classical music too.
Since about 1990, the instrument I had played converted into the piano.
I continued to play at the Piano-Bar, the Restaurant and like this.
On the other hand I had composed and arranged the many kinds of music for the Bands, the Chorus Groups, Schools, the Publishers and the Troupes.
(Please watch the Works Page too.)